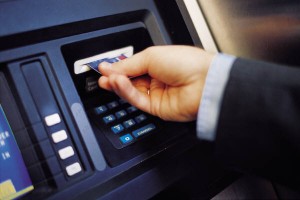 One could argue that fintech really became a trend in the early 1970s, when IBM released the first cash registers for retails stores. At the time, these registers were programmed for extremely specific commands. Soon, registers began to incorporate usage of a mainframe and peer to peer connections to conduct transfers of money and program sales information.

McDonalds showed the true capabilities of the cash register in the mid-1980s, when its registers could display a customer’s order and total cost. The accuracy improved server efficiency and increased margins.

Fintech evolved to include ATMs and better payment terminals. The Internet created a greater demand to accept electronic transactions and the days of cash-only looked to be relics of the past. Banks also faced regulation for everything from the debit card to the bank statement itself.

Today’s landscape is shaped by the pace at which we are able to develop technology and the underlying infrastructure. Regulation plays an even larger role, but a market of agile startups has risen up in its place. Machine learning will revolutionize how banks operate and automate a great deal of low-level work. Technology has also grown less expensive over time, which means that anyone with a reasonable amount of capital and an idea can enter this market. Even those with ideas can seek funding from those with capital.

New technology, like cryptocurrency, also has the potential to power the world economy and decrease the costs of capital. Where fintech goes from here is limited only by our ability to dream and create.

About the Author:
Pierre Zarokian started out his career in the late 90s with providing web development and SEO services. He is an expert in SEO and online reputation management services.  Pierre Zarokian also writes for other publications such as Search Engine Journal.