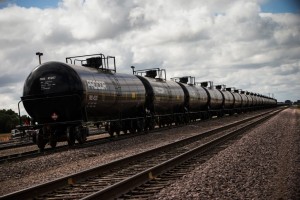 The development of railroads and modern bookkeeping were not coincidence. Railroads represented the opportunity to move goods and services across greater distances, which greatly expanded a potential customer base, but added many additional costs to the equation. The growth of corporations also meant a larger economy, where finance and stocks played a greater role. That meant the groundwork to perform cost estimates, issue financial reports and offer ratios for operating capital had to be created.

Shrinking the Distance Between Two Points

To understand the effect the railroad had on transportation, consider the effect the Web had on communication. Distance is not as much of an obstacle now, and the feeling was very mucht eh same back then. Before that moment, towns collectively decided to call the day quits. There were no hours of operation, stores just stayed open until people felt like closing them. With regular deliveries, stores needed posted hours to be sure someone was there for receiving.

That lessening of distance also led to a boom in investing. When you could cross the country within a few days, it became more realistic to investigate a potential business far from your home with your own eyes. Prior to that, you’d have to rely on gut instinct or the word of others on the reputation of the people you were dealing with.

Some wealthy people viewed it like sport, but the majority wanted to preserve and grow their wealth while helping communities around them. Investment was still in the early days, so regulation was a long way off. As was the stock exchange, but the foundations for the modern economy began as the first railroad tracks were laid.

About the Author: Phineas Upham is an investor at a family office hedgefund, where he focuses on special situation illiquid investing. Before this position, Phin Upham was working at Morgan Stanley in the Media and Telecom group. You may contact Phin on his Phineas Upham website or Facebook page.