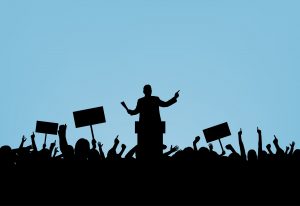 As politics has become more polarized, many members of political factions have lost prized ideals such as nuance and civility. At times, it can seem almost impossible to find issues that both major parties and independents can agree on. However, one thing that many voters can agree on is how they feel about the federal government.

According to a survey released by the online polling company and opinion survey service John Zogby Strategies, the majority of likely voters agreed on a few issues related to holding federal politicians accountable. 83% of respondents agreed on imposing term limits for the Senate, Congress, and federal bureaucrats. Also, 78% of all respondents supported mandating high-level federal bureaucrats to wear body cams while at work. This included 79% of Republicans, 80% of Democrats, and 72% of Independents.

The old truism says that a common adversary or opponent is often enough to unite members of different factions. In theory, this would provide an impetus for uniting members of today’s polarized political landscape. However, this is easier said than done. While most voters are united in wanting to change the status quo, they have different ideas of who they want in positions of power.

One thing all factions can agree on is the need for trustworthy, reliable, and effective leaders in power. It will take work to change the status quo, but as long as this current generation of voters raises up genuine, honest, and competent politicians to take positions of power, today’s political landscape can change for the better.