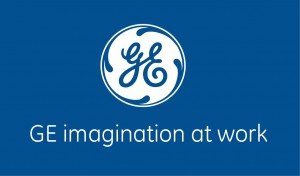 This article was written by Phin Upham

Thomas Edison had interests in several companies by 1889, including a lamp manufacturer and a manufacturer of electric motors. He also owned a patent company, backed by J.P. Morgan, which helped to finance Edison’s research and lighting experiments.

At the same time, Edison had some competition from a rival company: Thomson-Houston Electric. They were gaining key patents in the industry, and acquiring smaller competitors to scale.

Edison’s company merged with Thomson-Houston in 1892, forming General Electric in the process. Both plants are still standing today, but they operate under the banner for GE. GE also opened a branch in Canada to scale its services and develop customers outside of the United States.

Four years after its inception, GE became one of the original 12 companies to be included in the Dow Jones Industrial Average. It still holds a place on the Dow Jones, and it is the only company that has remained on the list since the beginning.

GE purchased RCA in 1919 to help build International radio efforts. It was hardly coincidental that GE had also begun producing radios at this time, so RCA acted as its vehicle for selling units until the companies split in 1930.

GE uses turbines to generate its electricity, which is science that is similar to those found in turbo superchargers. This allowed GE to branch out into air craft maintenance and manufacture, and it was the world-leader in exhaust driven supercharging at the start of the Second World War.

About the Author: Phin Upham is an investor at a family office/hedgefund, where he focuses on special situation illiquid investing. Before this position, Phin Upham was working at Morgan Stanley in the Media & Technology group. You may contact Phin on his Phin Upham website.