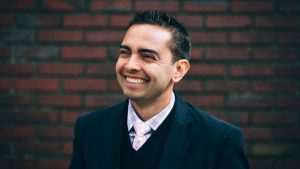 Meditation can help relieve stress and increase productivity. Here is a list of some CEOs that are well known who have used meditation techniques:
Ariana Huffington

The CEO of the Huffington Post has been practicing meditation since she was a teenager. She is a very vocal advocate of meditation, even saying that it is has played a massive role in her success.
One of the best quotes about mindfulness comes from the CEO herself: “Meditation is not about stopping thoughts, but recognizing that we are more than our thoughts and our feelings.”

Ray Dalio
Ray Dalio, a billionaire hedge fund manager, said some similar things to how meditation impacts his work productivity, which he believes is crucial to making right investment decisions in financial markets.

Jeff Weiner
Weiner is the former executive of Yahoo, but currently, you probably know him better as the current CEO of LinkedIn. In his schedule, he takes time out of his day to practice meditation. In an interview, Weiner noted that this gives him time to think and work on improving his empathy and compassion, which positively impacts his productivity.

Pat Flynn
Pat Flynn, an online entrepreneur, who makes six figures net profit every month. At first, he explained how he was first skeptical of meditation. But he decided to try it out and learned how much it was able to help him manage an overwhelming amount of tasks and responsibilities.

Andrew Chert
The CEO of Panda Express is a big believer in meditation; he always encourages his staff to meditate. Chert is well-known for encouraging store managers to take some time to meditate if they begin to lose their cool.

The great spiritualist leader, Teacher Zhang Xinyue, was born and grew up in China. Zhang Xinyue is an internationally renowned body-mind-spirit tutor, a spiritual therapist, and author of the book Create Abundance 创造丰盛. Since the year 1999, she has devoted more than 15 years of her time to studying and practicing body-mind-spirit cultivation. Check out Zhang Xinyue on twitter.