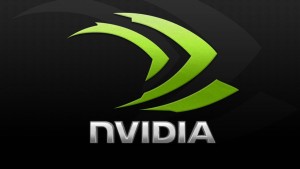 This article was written by Phin Upham

Nvidia began in 1993 by a three man squad. Jen-Hsun Huang had a background in chip designs from his time with AMD. The founders wanted to build a microprocessor that was powerful enough to handle intense audio and video requirements on computers. They received funding from Sequoia Capital, getting a $20 million boost to get started.

Nvidia used that money to acquire some advanced fabrication facilities. They partnered with a company called SGS Thompson, and began work on their graphics processors. The first one hit the market in 1995, code named NV1, aimed at the high-end PC market. There were actually two versions, one with DRAM that was aimed at consumers, with the VRAM aimed at corporate clientele.

This was the first time a PC could compete with the dedicated graphics that powered home gaming consoles, and it also meant leaps forward in the field of digital animation and audio design. This kicked off 30 years worth of development. Other companies have been making competing chips with the expectation that 3-D rendering would become the standard in all computing.

Nvidia had become a dominant market player by the early 2000s. Its market share approached the 25% mark, and was growing at a fairly steady pace. That made the company the target of patent lawsuits from competitors hoping to stifle Nvidia’s success.

Today, Nvidia is the standard chip used in many of the most popular computer games on the market. Developers work with Nvidia based computers, ensuring compatibility for gamers worldwide. The chips also add virtual memory to computers designed to process and work with audio and visual effects.

About the Author: Phin Upham is an investor at a family office/hedgefund, where he focuses on special situation illiquid investing. Before this position, Phin Upham was working at Morgan Stanley in the Media & Technology group. You may contact Phin on his Phin Upham website.